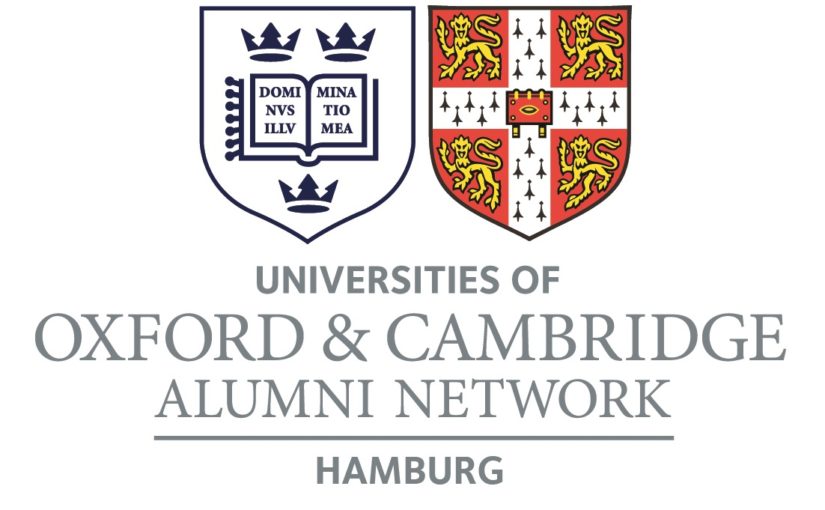 The Oxbridge Society of Hamburg is an informal association of alumni of the Universities of Oxford and Cambridge living in and around Hamburg. The Society’s primary aim is to foster exchange between its several hundred members by holding regular social events.

Events are open not just to alumni of Oxford and Cambridge, but their partners, family, and guests. Moreover, the Oxbridge Society welcomes those in Hamburg affiliated to prestigious educational institutions from around the world who wish to participate in its activities.

The Society is endorsed by the Alumni Offices of both Universities and adheres to their guidelines. As such, it also recognises its role in acting as an ambassador for the Universities in and around Hamburg.

The Society is in regular contact with other alumni associations in Germany, notably the Oxford and Cambridge Society of the Rhineland and the Oxford University Society of Munich.